Tired of Ads in Apps and redirects to sketchy sites?

Z Server DNS is committed to making the web at least a little bit safer. With our DNS servers we attempt to block sketchy sites and all ads for you making your browsing and gaming more enjoyable and safer. By installing our DNS on your router it will remove ads from games and all devices.

Z Server DNS receives your request from your device to our servers. We then check a list of domains to see if we should pass on the request or not. If the request matches a known advertiser url we will deny the request resulting in no response coming back to the device to display the ad. This may display an error on the page or nothing at all. If the request is valid we then pass it on to Cloudflare DNS to fulfill the lookup and send it back to you.

What are the benefits?

The main reasons to switch to a third-party DNS resolver are security and performance. ISPs do not always use strong encryption on their DNS or support DNSSEC, which makes their DNS queries vulnerable to data breaches and exposes users to threats like man-in-the-middle attacks. In addition, ISPs often use DNS records to track their users’ activity and behavior. These resolvers don’t always have great speeds and when they get overloaded by heavy usage they become even more sluggish. If there is enough traffic on the network, an ISP’s recursor could stop answering requests altogether. In some cases attackers deliberately overload an ISP’s recursors, resulting in a denial-of-service.

Do you keep any logs?

No. Z Server does not keep any logs and by using our service all of your traffic is anonymized when proxy passed on to the Cloudflare DNS since all requests will appear to be coming from our servers and not your IP address.

Great! How do I start? 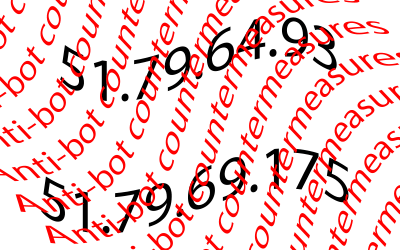 For help with changing your DNS How to Geek has a great guide that can be found here.

It is worth noting that currently we only offer DNS from Eastern Canada. Users on the other side of the world that encounter issues due to latency are encouraged to use another provider without ad blocking capabilities such as Cloudflare at this time. We may expand our coverage in the future so stay tuned!

I really support this project how can I contribute?

You can help us by providing us a hosts file (should point to 0.0.0.0) on our forums of domains you would like us to block for safety reasons or ad server domains that we may have missed. Also a monetary donation is kindly appreciated to help us cover server costs and expand our services to more regions of the world.